The Washingtonian Takes a First Look of Wardman Tower Take a First Look Inside the Most Expensive Condos in DC 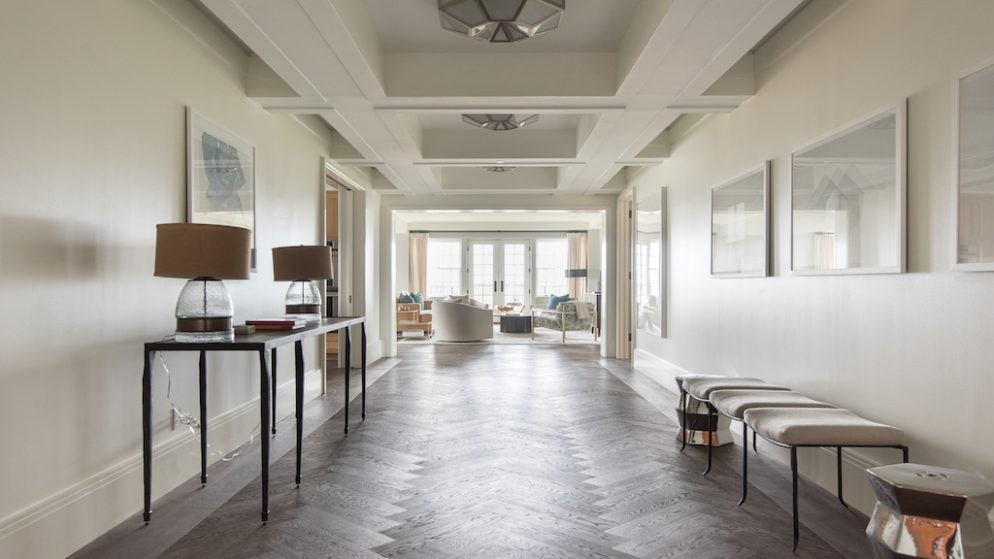 The “gallery” off the entrance of a model unit in Wardman Tower. All photos courtesy of the JBG Companies.

After two years of renovations, the 32 luxe condos inside Woodley Park’s historic Wardman Tower are nearly done. If it sells for anywhere close to list price, the building’s most expensive unit—a $9.5 million penthouse—would shatter the previous record for most expensive condo sold in Washington, currently held by an $8.65 million penthouse at the Parc Somerset in Chevy Chase.

The residences at Wardman Tower range from 2,200 to 4,600 square feet, and start at $2.9 million. The four penthouses include private rooftop terraces with views of the Washington Monument and the National Cathedral. So far, 14 of the units have sold, though the building won’t be totally done for another couple months.

JBG Companies developed the property in partnership with NASH, a US subsidiary of Japanese builder Sekisui House. Famed Washington developer Harry Wardman built the nine-story, Georgian Revival-style building in 1928 as an annex to the neighboring Wardman Hotel (now the Marriott Wardman Park). Over the years, Presidents Dwight Eisenhower, Lyndon Johnson, and Herbert Hoover stayed there. The building—less than a block north of the Woodley Park metro on Connecticut Ave., NW—was added to the National Register of Historic Places in 1984.

Earlier this week, Washingtonian got a sneak peek inside Wardman Tower, including its 3,343-square-foot model unit, listed for $4.8 million. The building’s stunning interiors were designed by New York architecture firm Deborah Berke Partners. Take a look for yourself.